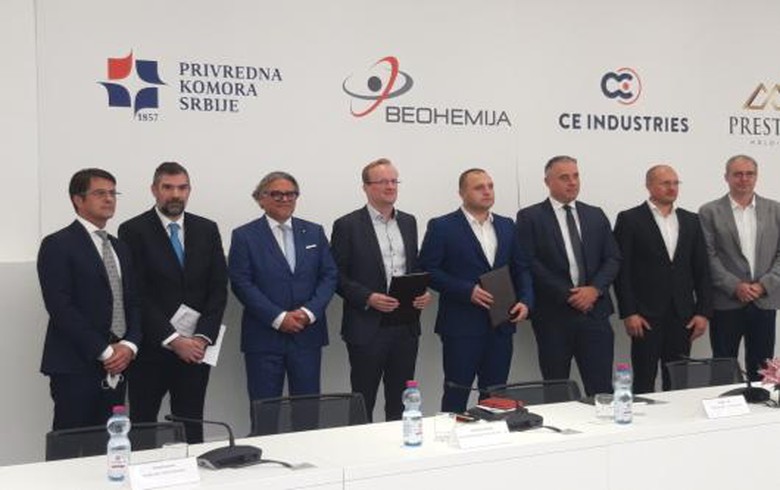 The Czech private corporation “Central European Industries” (CE Industries), which is the owner of Zrenjanin’s “Beohemija” and co-owner of the Sombor battery factory “Black Horse”, will present its development potentials and projects to the President of the Executive Council of Vojvodina on Thursday, September 8 at 11 a.m. , Mr. Igor Mirović. This company plans to continue investment to regional and European markets with “Beohemija” and the “Black Horse” factory, but also to buy and develop other Serbian companies.

“CE Industries” showed how serious an investor it is last year when it bought “Beohemija”, one of the leaders in the production of detergents and household chemicals, and enabled it to progress both in Serbia and abroad. Also, this Czech company is a co-owner of the only Serbian battery manufacturer FAS “Black Horse” from Sombor, which has a tradition as long as seven decades.

“CE Industries” exists for only a few years, and was founded by entrepreneur Jaroslav Strnad, known as the founder and owner of “Czechoslovak Group”, a corporation that revitalized and improved the industrial giants of the former Czechoslovakia, such as “Tatra”, “Avia”, “Prim” or ZTS. Mr. Strnad founded the “Czechoslovak Group” in the last decade of the last century, only to leave the management of the corporation to his son a few years ago and open a new company, “CE Industries”. Within “CE Industries”, companies mainly deal with recycling, energy and railways, and recently also with the production and sale of consumer goods. The best examples of this are “Beohemija” from Zrenjanin and FAS “Black Horse” from Sombor.

In just a few years of its existence, “CE Industries” already has more than 20 companies in the Czech Republic, Slovakia, Croatia and Serbia and more than 2,500 employees, but it is still planning to develop and invest in our country. Director of “CE Industries” for Serbia, Mr. Roman Kratohvil points out that this corporation is planning new investments in Serbia in all the areas it deals with, and therefore wants to open new jobs and new businesses, which, as he emphasizes, will benefit the entire country.

– We plan to continue investing in strategic partnerships in existing companies as well as in the purchase and further development of companies with difficulties in business. Until now, our corporation has not used any incentives for foreign investors, which are available in Serbia, but now we plan to apply for them in order to more successfully and easily develop our business in this country – says Kratohvil.

Since “CE Industries” bought “Beohemija” last year, this company started modernization and increased the number of categories of articles in the field of detergents and household chemicals that it sells in as many as 11 countries besides Serbia: in Bosnia and Herzegovina, Slovenia, Croatia, Montenegro , Macedonia, Albania, Armenia, Sweden, Austria, Czech Republic and Slovakia. “Beohemija” has drawn up a three-year strategy which predicts that next year it will place 220 categories of articles on the markets of 19 countries, and in 2024 it plans to produce a total of 270 categories of articles for the markets of 23 countries. During this year, “Beohemija” invested in the brand, regular and new assortment, standardization, and new investments are planned for the following years.

In addition to “Beohemija”, the battery factory “Black Horse” in Sombor has been growing since CE Industries became its co-owner. It is the only domestic manufacturer of batteries that has existed for 70 years, and before the arrival of the international owner, it was threatened with shutdown. Thanks to, among other things, the “CE Industries” corporation, the “Black Horse” factory currently has 135 employees and has a production capacity of half a million batteries per year. In addition to Serbia, the accumulators of this factory can also be found on the markets of Bosnia and Herzegovina, Montenegro, Italy, Poland, Armenia, Russia, Germany and France.

And “Black Horse” has developed a strategy to improve market competitiveness, which foresees, among other things, new jobs, employment of young experts, engineers (contract signed with the Faculty of Technical Sciences), introduction of new products and production of accumulators for construction and industrial machines.